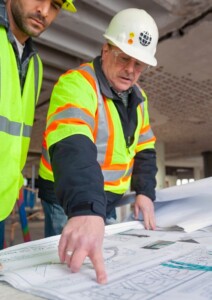 “I’m so glad I found the Heilman Center. My pain specialist quickly pinpointed the cause of my pain and suggested a simple procedure to relieve the pain without pills. I feel better now than I have in 20 years!”

At 64, James had a lot of living left to do. So when severe spinal stenosis pain struck, it threatened his independence. Pain pills provided some relief but left him in a fog. He couldn’t work or even drive anymore. He had to rely on others to do even the simplest things like make coffee or warm food on the stove.

That’s when James knew he needed to take a different approach. Pain pills were just masking the pain. James wanted a real solution for his pain; one that provided long-term relief.

“This pain on my right side was something I’d never experienced before. I couldn’t sleep. I couldn’t work. I couldn’t do anything. I felt helpless. It was terrifying to think I might never be able to work again. I worried about not being able to provide for my family.

My son was getting married in a few months, and I knew I wouldn’t be able to enjoy his wedding in my current state—it was heartbreaking. This pain stopped me in my tracks. Unfortunately, epidurals that worked so well on my left side did nothing to relieve the right-side pain.”

His family doctor suggested the Heilman Center. The pain specialists at the Heilman Center identified the source of his lower back pain and recommended a simple, minimally invasive procedure that relieved the pain at the source. Now, James is off the pain pills and has his independence back. He says “I got my life back!”

James had been battling lower back pain for years. The pain started in his early twenties after a slip and fall. For years he managed with over-the-counter medications and physical therapy. Eventually, though, his lower back pain became unbearable.

At his Heilman Center consultation, the pain specialist ordered some tests. They found the part of his back where spinal stenosis was pinching nerves and causing James’ severe lower back pain. After explaining his treatment options, the pain doctor suggested a series of steps to help James find relief.

James’ pain started on the left side of his body. Epidural injections relieved that pain. Then severe lower back pain began on his right side, radiating from his spine to his hip and down to his knee and foot. This was the worst pain James had ever felt. It was from a pinched nerve that also caused him to lose control of his legs. Walking was challenging, and going down steps was downright dangerous.

Eighty percent of adults will experience lower back pain at some time in their lives. Back pain is the most common reason people miss work. The lower back is prone to pain caused by injuries and the natural aging process. Pain can begin abruptly after an accident, an awkward twist, or lifting a heavy object. Painful conditions like spinal stenosis — a narrowing of spaces in the spine – often develop with age, caused by the normal wear and tear of bones, discs, and joints of the spine.

The doctors at the Heilman Center recommended a simple outpatient procedure for indirect decompression of pinched nerves in the lower back, Vertiflex Superion™. James wanted to avoid major back surgery. He was concerned about the long recovery time, risks, and loss of flexibility. So when the Heilman Center pain specialist offered an option with a recovery time of a few weeks instead of the six months, he was eager to try it.

Vertiflex Superion is just one example of the many pill-free pain management options offered at the Heilman Center. Vertiflex Superion is a simple, safe treatment that provides effective long-term relief of back and leg pain from lumbar spinal stenosis. This FDA approved procedure uses a small implant to open up space to relieve pinched nerves of the back. This indirect spine decompression procedure reduces or resolves pain for 90% of patients.

James was back to work a few weeks after his pain procedure.
Now that his severe lower back pain is gone, he can really enjoy time with his family again. 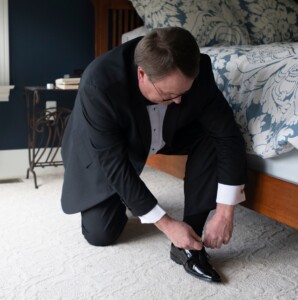 “The Vertiflex procedure worked even better than I had hoped.”

A few weeks after his procedure, James was almost 100% better. His pain dropped from a 10+ to a 0.5. He regained control his legs and was able to start rebuilding strength. He could walk up and down stairs again, started sleeping through the night and no longer needed pain medication. He was able to drive again and go back to work.

“Most importantly, I was able to walk down the aisle at my son’s wedding and dance with my wife. It was a day to remember. I felt great!”

“I’m so glad I found the Heilman Center. Their specialists were able to pinpoint what was wrong, and took care of the problem. I always say, if your car needs fixing, take it to a mechanic. If you’re in pain, go to a pain specialist. Go to the Heilman Center!”

Get Your Life Back. Contact our Pain Specialists Today!

If you can relate with James’ story of severe lower back pain, learn about your pain relief options. You don’t have to live in pain, and you don’t have to go through life fogged up on pills. The Heilman Center offers a variety of innovative, minimally invasive solutions for long-term relief.

Call 734-796-7555 to speak to a Heilman Center patient service representative. Your representative will ask a few questions to learn about your symptoms and discuss whether an appointment is right for you.

Get Your Questions Answered
Your First Step to Pain Treatment